How can I make keep my computer healthy?

Although this goes against my "no-fixing-your-computer" mantra, I will give you some tips since you'll be doing all the work.

During my many years of using and fixing computers, I've come to find a handful of programs that has helped me keep my machines happy. All of the software that I'm listing are free, but they do have paid version for those of you who would like to support these companies.

Let's get started! First, you'll need protection if you don't already have one, or if your current protection software came with your computer and is about to expire. The following are my choices for anti-virus/firewall protection:

AVG Anti-Virus Free Edition - This free anti-virus program provides basic protection against viruses, spyware, and other threats. I recommend this program for those who already have some kind of firewall protection and are just looking for basic virus scanning and protection

Comodo Internet Security - CIS is a free, all-in-one suite that includes a firewall, anti-virus, and malware protection. I strongly recommend this program for those who do not have a firewall or anti-virus protection. The program is completely free and not hindered in any way. It's also perfect for those trying to save money. Why would you pay $50 or more for protection when you can get one for free?

Malwarebytes Anti-Malware - Malwarebytes' Anti-Malware is an anti-malware application that effectively removes malware and spyware. I strongly recommend running this program every two weeks to make sure that your computer is not infected and to identify any threats that might be hiding in your computer.

Now that your computer is secured and protected, I'm going to share with you some tools that will you keep your machine humming along at it's peak performance.

CCleaner - This is a freeware, system optimization, privacy and cleaning tool. It removes unused files from your system - allowing Windows to run faster and freeing up valuable hard disk space. It also cleans traces of your online activities such as your Internet history. Additionally it contains a fully featured registry cleaner. I recommend using this program as every two weeks at the very least. The more you use this, the less junk will accumulate on your computer. Tip: When doing a registry clean, make sure to choose to make a back up of your registry just in case something goes wrong.

Free Registry Defrag - Over time, the Windows Registry normally becomes fragmented as new registry entries are being written, modified, or removed by your applications. This will eventually result in your computer taking a longer time to find the right registry entries to start up your computer. Free Registry Defrag is a free program and was designed to remove gaps and extra spaces that have developed within your system's Registry resulting in faster processing of your registry. Keep in mind that this program only defrags your registry and doesn't actually fix any registry errors. I recommend using this program after you do a Registry Clean up using CCleaner.

Auslogic Disk Defrag - Disk Defrag will speed up your computer by optimizing file system by consolidating free space and move system files to the faster part of the disk to get the most out of your hard drive's performance. I recommend this over the default Windows Defrag program because it's a lot faster. As for Windows Vista users, you'll notice that there isn't a built-in defragging program in Windows and Auslogic Disk Defrag is a great substitute.

Revo Uninstaller - This free software is an uninstall utility that scans before and after you uninstall an application to identify all the parts of the program. After the program's regular uninstaller runs, you're given the option to remove additional unnecessary files, folders and registry keys that are usually left over on your computer. I recommended using this over the default Windows uninstaller application when removing programs because it cleans up all the files and registry entries that your program may be leaving behind.

Now, there are more tools out there that you can use to clean and tweak your system, but I believe these is a good start. I purposely omitted any advanced tools that I use to avoid you accidentally breaking your computer. If you have any other suggestions, please feel free to drop me a note.

This post is not about a brand new or upcoming device. It's actually about a portable gaming device that I've owned since March of 2009 but was reluctant to post about since it wasn't easily available to everyone here in the US. I didn't want to rant about something that no one out there could go out and buy to enjoy for themselves. That would just be cruel and evil of me. Now, that I've seen this device at ThinkGeek.com, I thought I could now share it with all of you.

Although, it resembles the Game Boy Micro, the Dingoo A-320 is much more robust gaming device. It supports 8-bit, 16-bit, and 32-bit games in 3D, CPS2, CPS1, GBA, MVS, NEOGEO, NES, SFC, SMD formats. Aside from that, it is also a capable radio, music player (MP3,WMA APE, FLAC audio formats), video player ( AVI, WMV, FLV, MPEG, DAT, MP4, AS, RMVB, RM), a sound recorder (MP3/WAV), an image viewer (JPG, BMP GIF, PNG), and crappy eBook (TXT) reader. If you want to know more about the full technical specs of the device, click here for the Wikipedia entry for Dingoo A-320.

The A-320 has a built-in 4GB flash memory storage, and can be expanded using the mini-SD memory card slot (up to 8GB SDHC) with a total of 12GB of maximum storage. There is a Micro USB port that will allows you to connects the device to your PC using the appropriate cable. A standard 3.5mm stereo jack is present as well as a video out port so you can connect it to TV using the provided A/V cable.

From my experience, game performance was great with NES and Sega Genesis games. Not all of my GBA games would work and is most likely caused by the game's dependency to specific GBA chipset/hardware that is not emulated in the A-320. SNES games tend to be slow with the stock firmware, but other users have reported much better game performance when they used unofficial community-developed firmwares at the cost of some system stability. CPS1/CPS2 arcade games and NEOGEO games required a bit of tinkering to get things to work.

Audio quality from the built-in speakers wass not great but that is to be expected with a handheld device. Using a pair of decent headphones easily fixes this issue.

The eBook reader can only read TXT files and the Text-to-Speech feature only has one voice that has a very noticeable Chinese accent.

Despite some minor performance issues, the Dingoo A-320 is a great portable video game emulator and media player. All in all, it's versatility overcomes it's flaws. If you're into playing old video games and have a library of ROMS that you want to play on the go, then I'd definitely recommend this game system.

As for me, this device is one that I always take with me especially when I anticipate that there will be a lot of waiting happening, like at the doctor's office or at the DMV.

If you're interested in getting one, check out ThinkGeek.com (http://www.thinkgeek.com/electronics/retro-gaming/bd6f/)

If you had the means to build any kind of robot you desired, what would said robot's primary function be?

I would design the robot be able to predicts the lottery numbers!

How do you pack so much win and awesome in such a short day?

It's all based on the Principle of Dimensional Matter Shifting. It explans how Transformers' Megatron and SoundWave can be a small gun and Walkman® cab be held by a person and then suddenly become a giant 20-foot robot.

Email ThisBlogThis!Share to TwitterShare to FacebookShare to Pinterest
Labels: #formspring 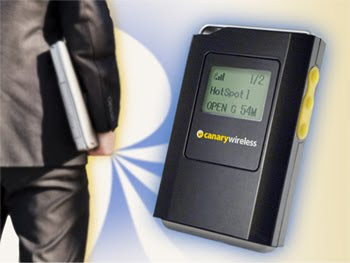 Recently, someone asked me what the best WiFi signal detector is.

Based on my experience, when it comes to these types of devices you will definitely get what you pay for. WiFi detectors come in various forms and prices. The cheapest models will run as cheap as $10 but will most likely provide sparse details on what it's actually detecting. For example, it will probably tell you that there is a wireless network somewhere and what the signal strength is. Don't expect these devices to tell you what the name of the network is or whether it's secured or open to the public.

Over the years, I have received a handful of these cheap WiFi detectors from conventions as promotional give-aways and as hasty birthday gifts. Most of them sit in a drawer because they were utterly useless.

It wasn't until I found the HS20 Digital Hotspotter from Canary Wireless (http://canarywireless.com/) that I felt that I owned a truly useful WiFi signal detector.
What makes the HS20 such a great device? Here's the list of features I grabbed from their site:
As you can see, the HS20 has a lot of great features but what matters most is that it will tell you the network's name, the signal strenght, and whether it is private or public. That last part is my favorite feature.
Now, the HS20 is a $1o device. It's actually $49.99 + S&H (current MSRP price as of posting) but it's worth every penny.
The HS20 is one of those gadgets that I always take with me whenever I leave the house just in case I have to find a WiFi connection to do some moblogging or quick web site repairs while I'm out. It has proven to be one of the best $50 that I had ever spent.
You can grab the HS20 Digital Hotspotter at www.canarywireless.com or at Amazon.com.
Posted by Byte Monkey at Monday, March 15, 2010 No comments:

Trailer For Every Oscar-Winning Movie Ever

Transform Your Hoodie into a Computer Sleeve