What are QR Codes? 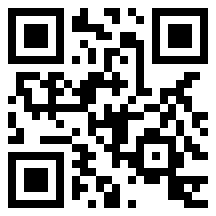 Most of Americans have not heard of QR codes. Some have passingly read about it in a magazine or seen it mentioned in a news report, but the technology has obviously not taken off in the United States.

What is a QR code? Basically, they are square bar codes that have been popular in Japan for well over ten years. These bar codes can be found pretty much on everything. They've been placed on food packaging, magazines and newspaper ads, television shows, store displays, business cards, buildings, billboards.... if you can print on it, I'm sure the Japanese has placed a QR code on it.

To get more geeky about QR Codes and learn more about its technical details and history, I recommend starting at the following Wikipedia entry: http://en.wikipedia.org/wiki/QR_Code

For those who are short in time, I'll try to hit the highlights for you:

QR codes were created byJapanese corporation Denso-Wave in 1994. The "QR" is derived from "Quick Response", as the creator intended the code to allow its contents to be decoded at high speed. The underlying concept of QR codes relies on people having camera phones or smart phones that can scan and decode the square bar codes.

An application on the phone would then in-turn translate the code into text or links to online media. A popular use for the QR codes is to provide an easy link from actual physical products to expanded information found on the web.

For example, a can of soda with a QR code could lead to an online page with nutrition information or a promotional campaign. Japanese magazine ads often have these codes to provide extra online advertising content that can be kept more current than their printed ads.

QR code adoption in the United States has been slow. As it stands, most Americans do not have smartphones that can process QR codes, but this is rapidly changing as more and more people are buying iPhones, Blackberries, and Android phones.

Soon, these codes will everywhere and their closer than you think. Facebook is supposed to be using QR codes as part of their service and Google is already sending out QR codes to certain businesses that are frequently visited online.
Posted by Byte Monkey at Monday, July 19, 2010